Additionally, you must purchase an entrance ticket to the Museum!


An interactive tour tells the story of a Moscow family at the most alarming time for the capital: from the first day of the war to victory in the Battle of Moscow. The battle, which became a turning point during the Great Patriotic War. You will learn how military Moscow lived; what they were like – ordinary Muscovites who did everything possible to prevent the city from surrendering to the enemy. The People's Militia, the Podolsk cadets, the work of the air defense, the secrets of the Kremlin's disguise, underground palaces-bomb shelters, the legendary parade – all these stories are waiting for you in Victory Museum. Feat of the Army
General tour 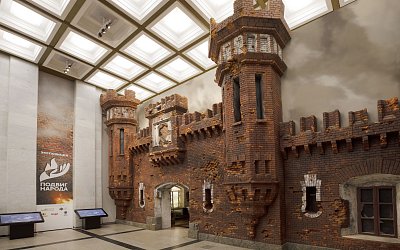